For the winter issue of The Carton magazine, entitled A Proustian Memory, a piece of writing that I submitted was published and I couldn’t get any prouder to be part of such cultural publication. This piece revisits my memories of the period of Saint Barbara’s day through Christmas with scents, sights, and flavors.

Our family isn’t big on classic traditions. We don’t have a dining table, mainly because we don’t have room for it. We don’t bring out the gold forks and knifes to match the red, mistletoe-adorned tablecloth and fancy plates, simply because we don’t have any. Few, if found, are the ones who do that in my surroundings. A different look and feel of the holidays is etched in my memory: walking by the crammed houses through narrow streets with hidden pathways only known to us, and feeling the liveliness of the people in my neighborhood at the Palestinian Refugees Camp of Dbayeh.

In our book, the holiday season begins as of the 3rd of December. It all starts with Saint Barbara’s eve. Time has changed habits, but I still like to remember it and try to relive it, the way I did 15 years ago. Kids in pretty costumes roaming the streets, boys dressed up as girls, girls dressed up as men, some dressed up as princesses, and some as dancers in traditional costumes from a far away country, and so many other elaborate costumes. This was long before the line differentiating St. Barbara’s day from Halloween began to blur.

I remember descending from the school van in the evening time – as most of the public schools with English curriculum ran from noon till evening – into the seha (main square) of my neighborhood. I walked up the three sets of stairs to get home, eyeing the kids who were already in the street flaunting their costumes and chanting “Hashli Borbara!”. I kept my eyes occupied with other things as I sniffed my way up the 27 steps. Reaching the top, I breathed in the familiar Saint Barbara’s day fragrances of rosewater and orange blossom being poured over boiled wheat, and sugar syrup bubbling on the stoves as it infuses with aromatic herbs. Mom was in the kitchen. She was in front of the stove with her apron on, scooping spoonfuls of batter into the hot pan, waiting for each one to bubble with holes on its surface before setting it aside to later fill with clotted cream, garnish with ground pistachios and drizzle with sugar syrup. She also poured the sweetened wheat grains into individual bowls, topping each bowl with a generous spoon of desiccated coconuts, soaked raisins, almonds, walnuts, pistachios, and pine nuts.

I ate my fill of those delicacies, got dressed in the costume I created for the day and joined the kids in visiting homes of neighbors, relatives, friends, and strangers. We visited strangers for candy and friends and neighbors for holiday sweets, while relatives were visited for the money they shoved in our pockets. I got back home and appraised the fruits of my labour: I used the money to buy something for Christmas and put the candy in a bowl to be displayed and consumed by Christmas Day.

Then, Christmas preparations began. Fake plastic trees were being brought down from the attic, or from over the bedroom closet. They were then taken out of the plastic trash bags that housed them, and erected on a stool with enough space underneath to build the nativity crib. The decorative baubles, bells, and crib figurines were released from their year-long newspaper prison into our festive atmosphere of our living room. Customarily, I then stepped aside and let my mom and sisters to take the lead as their decor ideas strayed away from the festive mood I had suggested creating. As a family, we then patiently and carefully put our finishing touches on the decorations over good old Christmas tunes. The night went on with lighting candles, baking and decorating gingerbread cookies that filled the house with cinnamon and ginger scents and making wintery Christmas punch and mulled wine.

The week of Christmas arrives and we are fed up with the silly tunes playing on loop from a 20-song compilation CD of the most overused songs through the history. Every year, we approach this week with no plans. Plans are usually set only a couple of days before the big eve. Lots of questions are asked: What are we cooking? Where are we dining? Is my uncle hosting the gathering for the family members who are around? What time is Christmas mass? What are we cooking again? So who’s doing what? Would it be enough to feed the hungry ogres? How about each hosts its own gathering? And the questions go on and on, remaining unanswered until a day or two before Christmas eve.

Christmas eve arrives after a week of jingling bells and listening to the looping voice of Mariah Carey confessing her wishes for Christmas, deafening loud Christmas songs now blast through speakers installed on the side of the road by the mini market right next to our house. Santa Clauses walk up and down the streets promoting their gift delivery service. There are always so many of them. But we never believed in Santa Claus. We never had chimneys anyways..

The night begins to cast its shadow on the tiny festive streets and in the crammed small houses that always managed to find room for an extra tree, a crib, colorful lights, baubles, or any other ornament they can get their hands on. Smoke fills the air as barbecuing begins on the roads in front of people’s homes and on their porches. Meat cubes from the best kind, marinated in the women’s latest discovery of beef tenderizers, grilled on numerous metal skewers. Chicken breasts, marinated in a concussion of yogurt and each family’s traditional taouk spices, are arranged side by side in water-soaked bamboo skewers, waiting their turn. Spicy charred kebabs, containing a mix of beef, lamb, and tail fat (which we ask mom for every time) are wrapped in warmed pita bread, filled with red pepper paste, onions, parsley, and sumac. Washed and scrubbed skin-on potatoes wrapped in aluminum foil and thrown into the hot coal to cook slowly, giving them that characteristic smoky flavor,  crispy skin, and tender interior we all crave. We then slice the potatoes in half, fill them with cheese, red hot pepper paste, and salt before sealing them again to allow the cheese to melt.

Meanwhile, the tables inside are filling with dishes of the intricate Levantine mezze. Most families in my neighborhood would have tabbouleh and hummus as part of their feast. Families with excellent cooks would have these delicacies carefully arranged on trays including: cheese filled phyllo cigars, triangular spinach pastries, sambousek filled with either cheese or meat, kibbeh ball stuffed with ground meat, onion, and pine nuts, and their latest finger food experiments. In our house, though, we often take the easy way out on such busy nights and make things like pasta salad, french fries, and sometimes let go of the whole barbecue to avoid having one family member out in the cold by the grill instead of inside enjoying their time with the rest of us. It is a special night for my family, since my father takes a night off from work at the restaurant to have dinner at home with us.

Toward the end of the evening, the looping western music is replaced with popular Arabic tunes. The night continues with drinking and dancing until the sound of church bells from the two nearby churches echos across the whole area with waves of faith or tradition, and calls everyone for prayer. And we obey.
We tidy up the house and head out to end our eve and begin Christmas day with the traditional midnight Christmas mass.

This is from this year’s Christmas dinner with the family; a big table, studded with the most delicious foods, lovely warm ambiance with scents of traditional steamed Christmas pudding, smells of wintery and Christmasy cinnamon and cloves escaping the sweet warm wine pot simmering gently on the stove as the meat cooks in the oven. 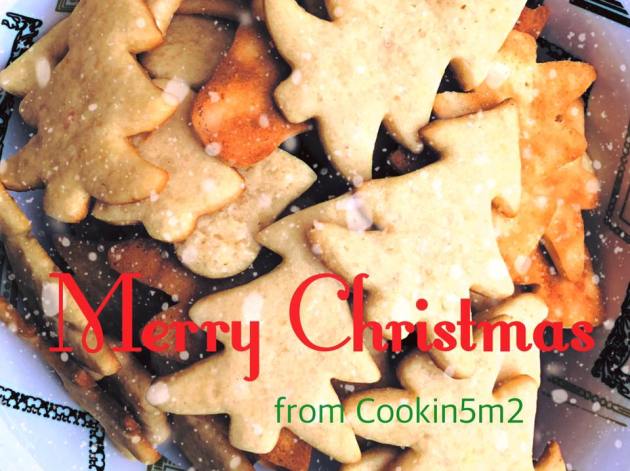 I wish you had a lovely Christmas and I wish you nothing but being happy on New Year and always! Stay warm

4 thoughts on “Food Writing: The Build-up to Christmas – THE CARTON (A Proustian Memory)”