As I was making apple pies (yes, pies), I realized I’m leaving behind almost 10% of each apple in core and peel. I had to use it in some way. 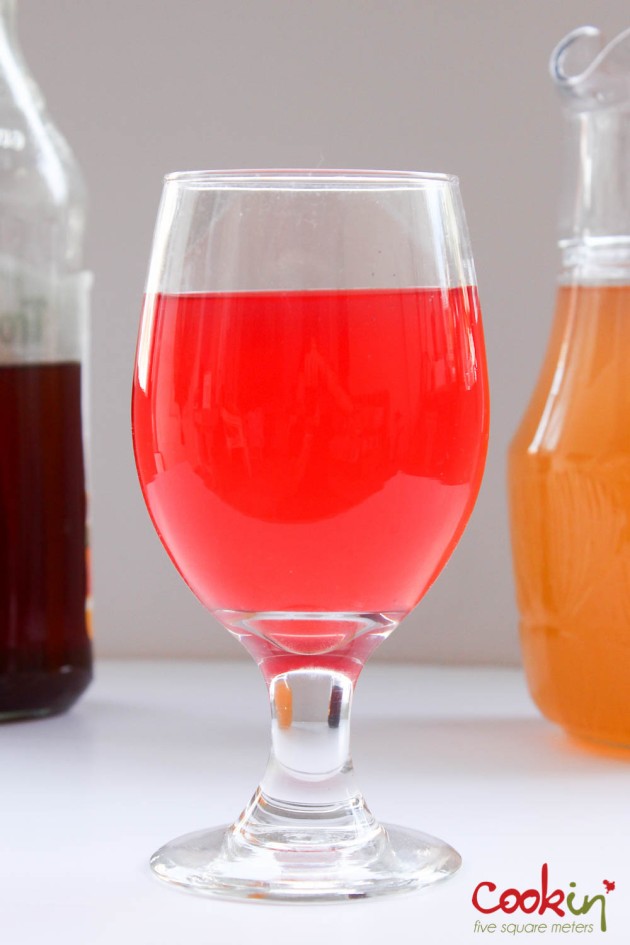 After searching and trying a recipe, I found a good use for the leftovers of apples.

Actually, I was aiming for something else. The recipe I was trying here was of apple jelly but it failed. The jelly refused to set. Still, I kept boiling it until I gave up and turned off the heat. I scooped some into a jar and left it to cool…..and set….but it never did. I bottled the rest of the amount and decided to call it apple syrup.

I used this syrup in making cold drinks by diluting it with water and adding some ice cubes. While I was sick earlier this week, I decided to give it another spin and make a warm drink out of it and use whatever I had within reach and what –in my limited knowledge– I felt would be helping in getting rid of the flu faster. I made a delicious drink (method below) that was sweet with hints of fruits and spices. I’ll make myself some more now and sip some slowly. 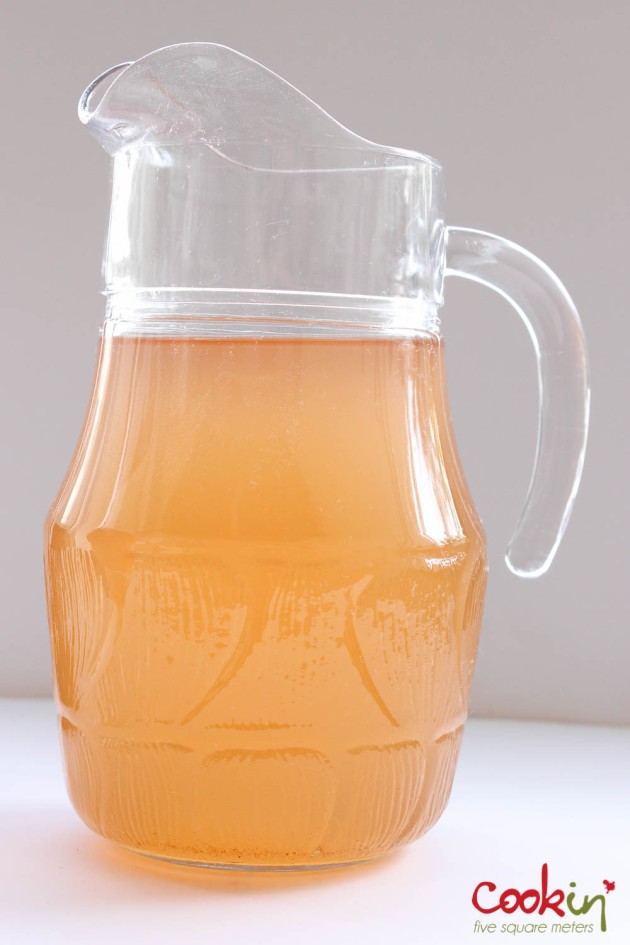 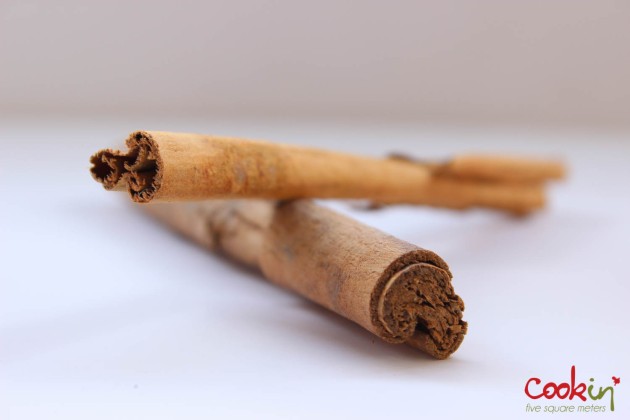 This recipe should go hand in hand with this apple pie recipe. I get to brag (shut up, I’m gonna brag) that I feel better that I wasted less, was environment friendly and economical. I can disregard the failed recipes that went straight to the garbage bin. Can you forget about them too? You know nothing, OK?

P.S. In the photos of the glass, I added a drop of red food coloring to give it an appealing color. The pitcher had the natural color you get from the apples. In the bottle to the left is the color of the concentrated syrup. 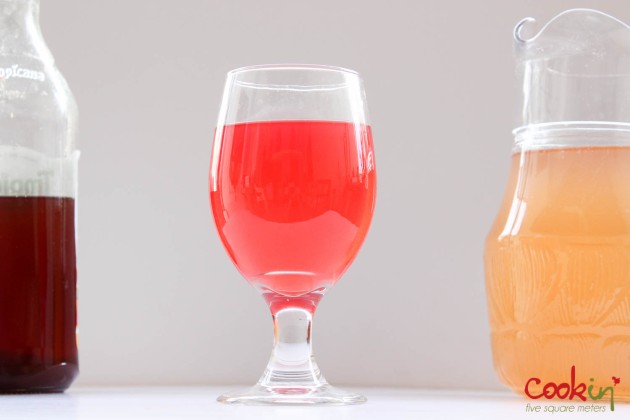 And Olly makes another appearance here as the nosy neighbor who wants to figure out what is happening around her area. 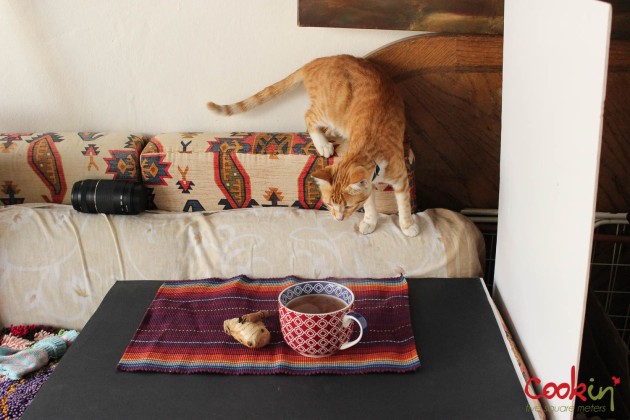 Pour a few tablespoons of the syrup in a cup, top with cold flat or sparkling water, stir and serve with ice cube. Adjust to your taste. Multiply the amount and make it in a pitcher.

Add a couple of tablespoons of syrup to a kettle with 2 cloves, fresh ginger knob, cinnamon and green tea leaves and top with water. Boil for few minutes and serve. 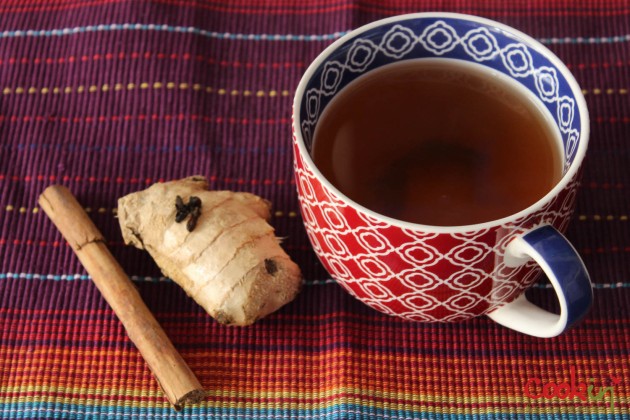 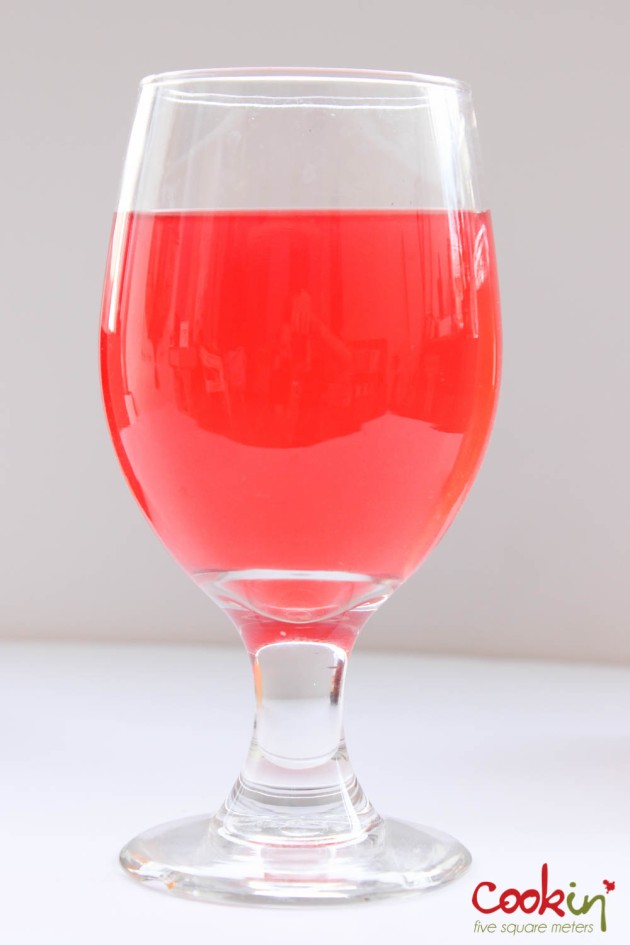 In the spirit of Christmas, I’m sharing this song that I love from Glee 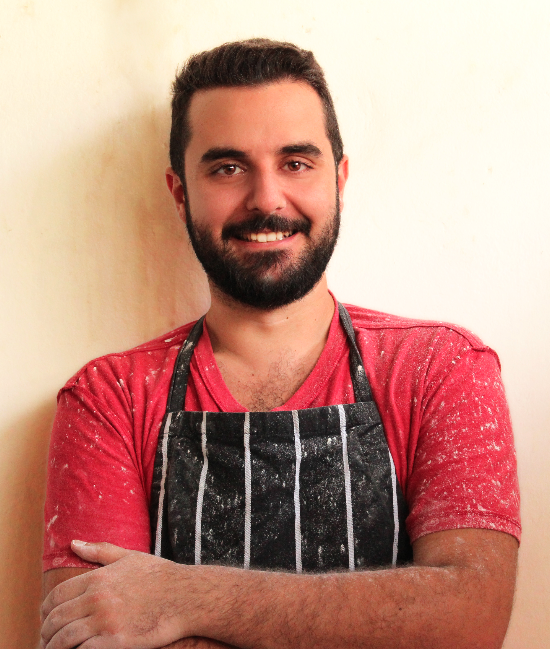