Remember when we were a republic with no president?

Not anymore. Orange is literally the new black. After more than two years with no president finally the Lebanese parties (most of them at least, the ones who got a share of the cake) have agreed to vote for a candidate. Two hours of labor in the parliament proved that we still have a wicked sense of humor despite all, and that keeping the child in you alive is super important even if you’re a member of the parliament. Nothing feels good like re-living classroom fights between the bullies in the back, the nerds in the front, the teacher on the platform by the blackboard, and the supervisor pretending to be monitoring that everything is going as planned. All on live TV

Politics aside, it is purely coincidental that I am posting an orange pumpkin on such a day. This recipe was supposed to go last week as part of Pumpkin Week with the EatTheLebaneseSeason squad, our initiative to give recipes on how to cook and use local seasonal produce. But here it is: a super flavorful salad that can sub for a main meal with all the goodness it is packed with. 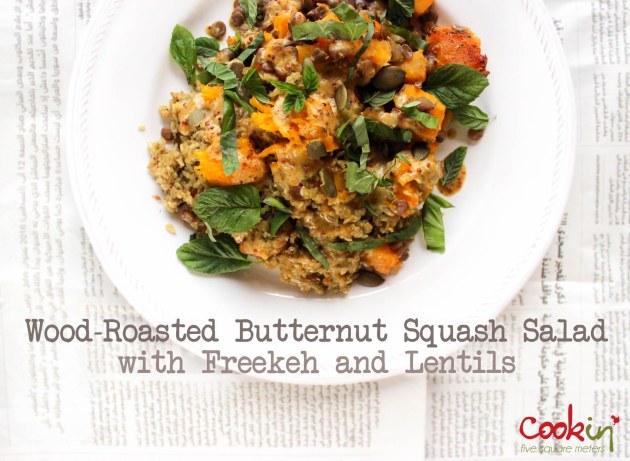 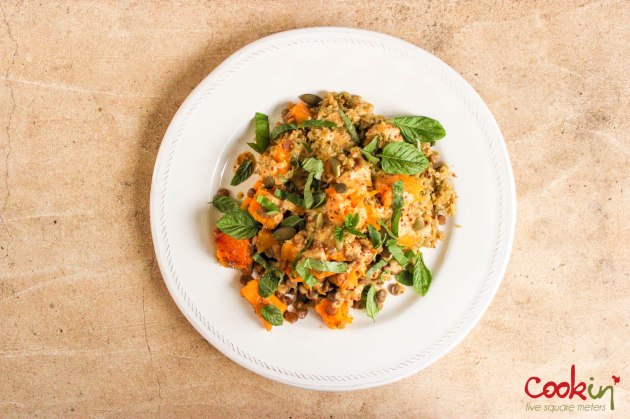 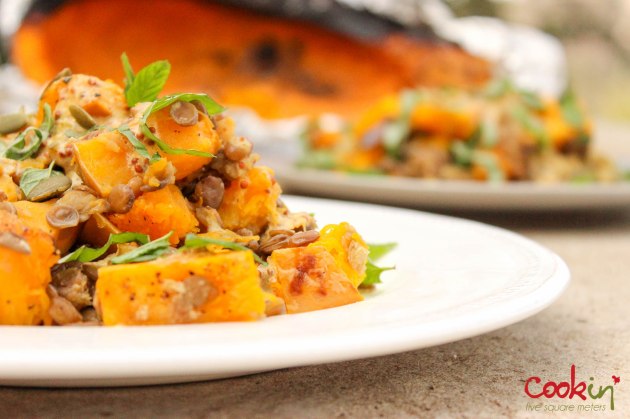 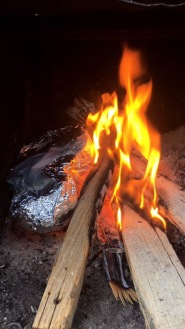 It is on one of our performance days with Clown Me In in the Bekaa that I bought a bunch of pumpkins. The shacks on the sides of the road are a show-stopper. Piles over piles of different pumpkin varieties. I had to buy at least one of each.

In this recipe, I took a butternut squash with me to a relative’s house in the mountains, where we were spending the day, with all the ingredients I needed and made the whole recipe up there, out on a ledge with the wood-fired stove in front of me. The seasoned and wrapped squash halves are roasting in that fire. I got back home smelling like wood. Not a bad thing at all