After touring all day with an Irish couple coming for the Taste Lebanon company I am part of and walking for more than 9.2 Kms, my family decided to go to Tripoli to the Ramadan daily special Iftar and sohour (the after midnight meal that should help you sustain an all-day fasting) that spread all over the city

After walking around in the old souk and Khan Al Aaskar, I was delighted by the liveliness of the city. Muslims break their fast at around 8 pm and after that, they’re out in the streets shopping and eating and drinking and playing cards in coffee shops and having a good time.

When we planned the trip, I didnt know there was a food festival taking place. The festival was labeled as Ramadan Special yet I didn’t see anything that appeared to be related to Ramadan or Tripoli. I anticipated this disappointment and set my radars on and started looking for local street food makers. I tried the Moghrabieh sandwich Tripoli is know for. I tried Halawet El Chmaysé and Kallaj. But the night’s feast was the Kaak.

Kaak is a traditional Levantine sesame bun. It is baked in special bakeries and commonly distributed as street food to be filled with zaatar or sumac or with cheese and grilled on coal to melt. The bun is thick like pita bread. Street vendors used to roam the streets with carts filled with different types of Kaak with different fillings. It was one of my ultimate pleasures when the vendor would pass by my street sounding the clown-like horn on his motorbike and I’d go out buy one and enjoy it in the morning.

On that night, the kaak was an experience by itself. It is a common Sohour practice in Tripoli to walk into the bakery window and ask for three pieces of kaak for 1000 L.L. then walk to the cheese vendor across the street and buy your single cheese or your favorite combination then walk back and use the tables at the bakery to slice the buns open, stuff them with the cheeses and return them to the baker to be heated and to get the cheese to melt.

The aroma of freshly baked kaak is filling the whole neighborhood. The texture is a hybrid of pita bread and sesame buns. The slightly thick bread is crunchy on the outside once well baked with soft textured insides. The cheese filling covers the whole surface in creamy stretchy goodness.

I can now say that I experienced Kaak the Tripolitan way! And it’s awesome!!!

I bought some Kaak home with me and decided to stuff them with whatever I had left in the fridge. One became a home version of a traditional kaak and the other is classical bagel filling inside a Tripolitan kaak 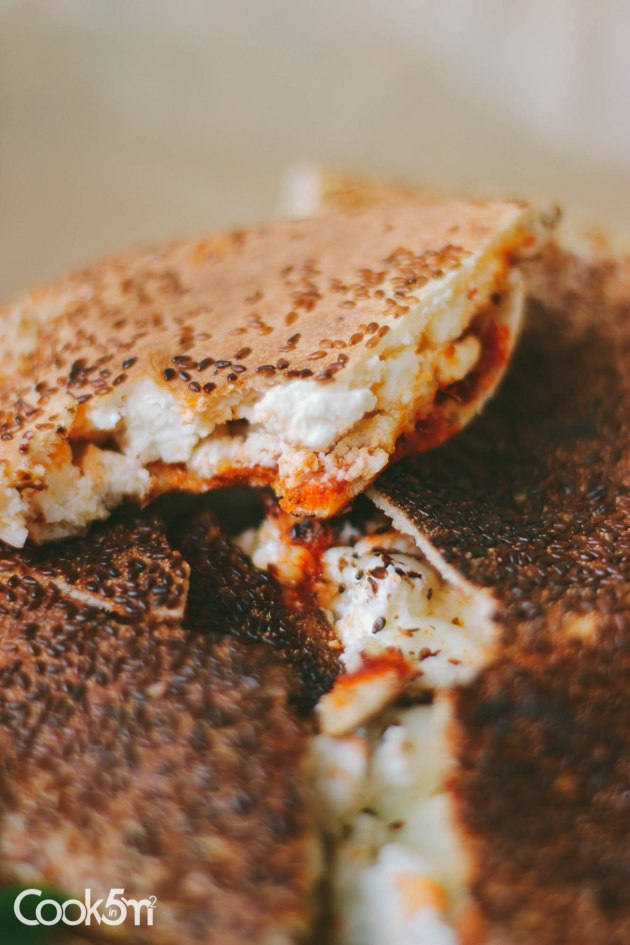