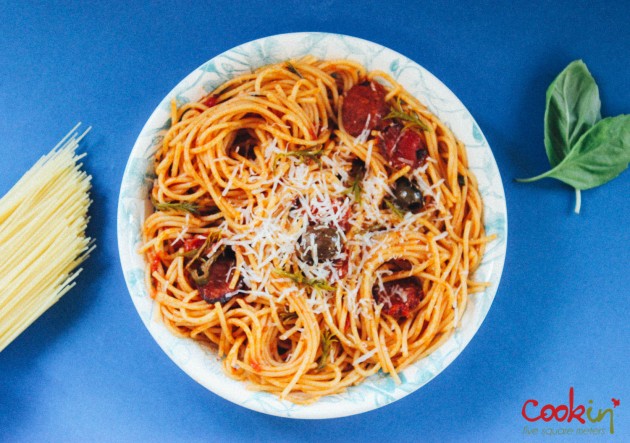 What to eat? The eternal question of my life’s journey! A journey filled with ups and down, and existential shit like this post. What’s life? What’s food? Do you eat to live or live to eat?
I decided to go against what my mom used to tell me and go by the Live To Eat motto.

What’s food? Are you really what you eat? Are you a couch potato if you only eat potatoes on a couch? Are you a vegetable if you’re vegan? Are you a prostitute if you eat Spaghetti alla puttanesca (which can translate to a whore’s spaghetti) so many times? Maybe. What do you say?

This recipe is quick and takes merely nothing more than taking jars and cans out of the fridge and cabinet. The Italian name is a reference to prostitutes in mid 20th century who didn’t have time to shop for fresh ingredients so they would use whatever is in the cabinets. Another story tells that this dish was created in the 1950’s out of necessity and the hunger of costumers who walked into a restaurant and asked the chef to cook them anything knowing that he had a shortage in ingredients. So he cooked them a spaghetti dish with four tomatoes, two olives and some capers and it was added to the menu since then. Ever since I discovered it, shared by Nigella Lawson, I added it to my favorites menu, using whatever ingredients I found lying around my kitchen and the leaves of my basil plant. 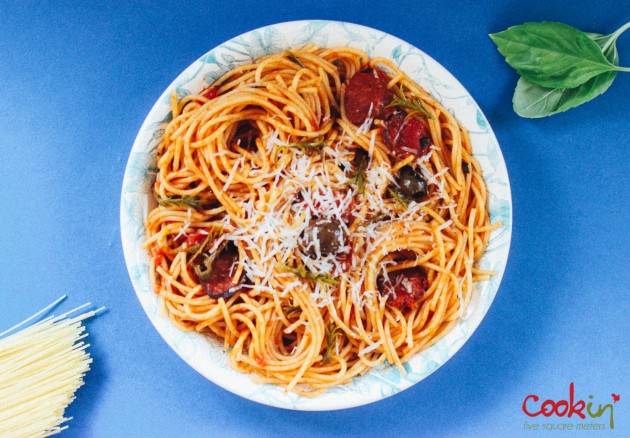 Go ahead and try it.

You won’t turn into a prostitute, I can assure you.

Only an appropriate photo to go with the recipe

Spaghetti alla Puttanesca with a Twist 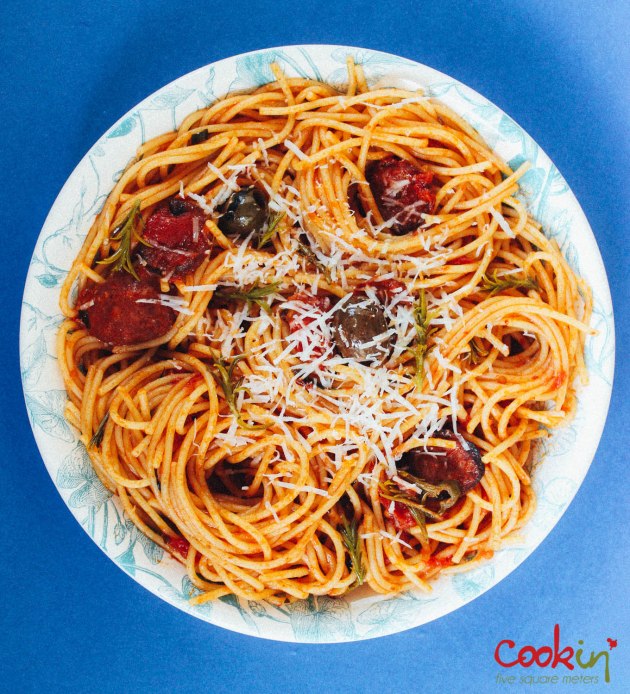 One thought on “Spaghetti alla Puttanesca, Prostitute’s Spaghetti with a Twist”